Architect Karan Grover is a passionate advocate of ‘looking at one’s culture and heritage for clues’ as to the direction for a contemporary architecture and sustainable development relevant to the Indian context today.

In 2004, Ar Grover became the first architect to win the USGBC “Platinum” Award for the greenest building in the world – The “CII–Sohrabji Godrej Green Business Centre”. He also went on to win his second Platinum Award for the interior of ABN AMRO Bank at Ahmedabad.He has been made the Permanent Honorary Fellow of the National Academy of Environment at the hands of former President Dr APJ Abdul Kalam in New Delhi. He won the US GBC Gold Award for the Keendiam diamond factory at Navsari as the greenest factory in the world in 2008.

He was nominated as one of India’s top 10 architects consecutively for five years by the
Construction World and in 2012 he has been recognized as one of the five architects in India to
receive the CWAB Platinum Award for Excellence.

In a new avatar, Ar Grover in November 2012 joined the Designer Publications Group, Kochi, as
the Chief Editor of ‘Design Detail’ the nationally circulated B2B architectural magazine in
English. Within a few years, he has positioned it as one of the leading Indian magazines globally.

Ar Grover is a frequent speaker at various national and international forums addressing over
2,0000 professionals and students pro bono annually on Sustainability &amp; Green Architecture – a
personal commitment he made to former American President Bill Clinton at the Clinton Global
Initiative, New York. 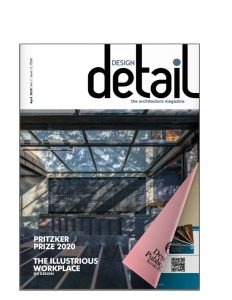